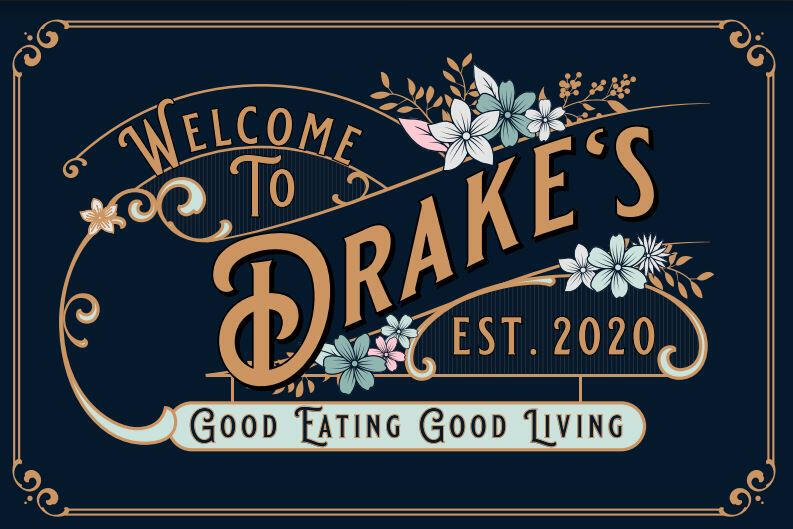 The history behind the restaurant name: In the 1920’s, Mr. Fredrick Drake also known as “Father of San Carlos” donated money to pave the way for the city. With Drake’s donations, San Carlos was able to begin developing the city’s infrastructure. Mr. Drake also named multiple streets, built homes and coined the San Carlos City slogan “The City of Good Living.” Join me over the coming months in starting this new chapter of my life in building a stronger community and to celebrate life! 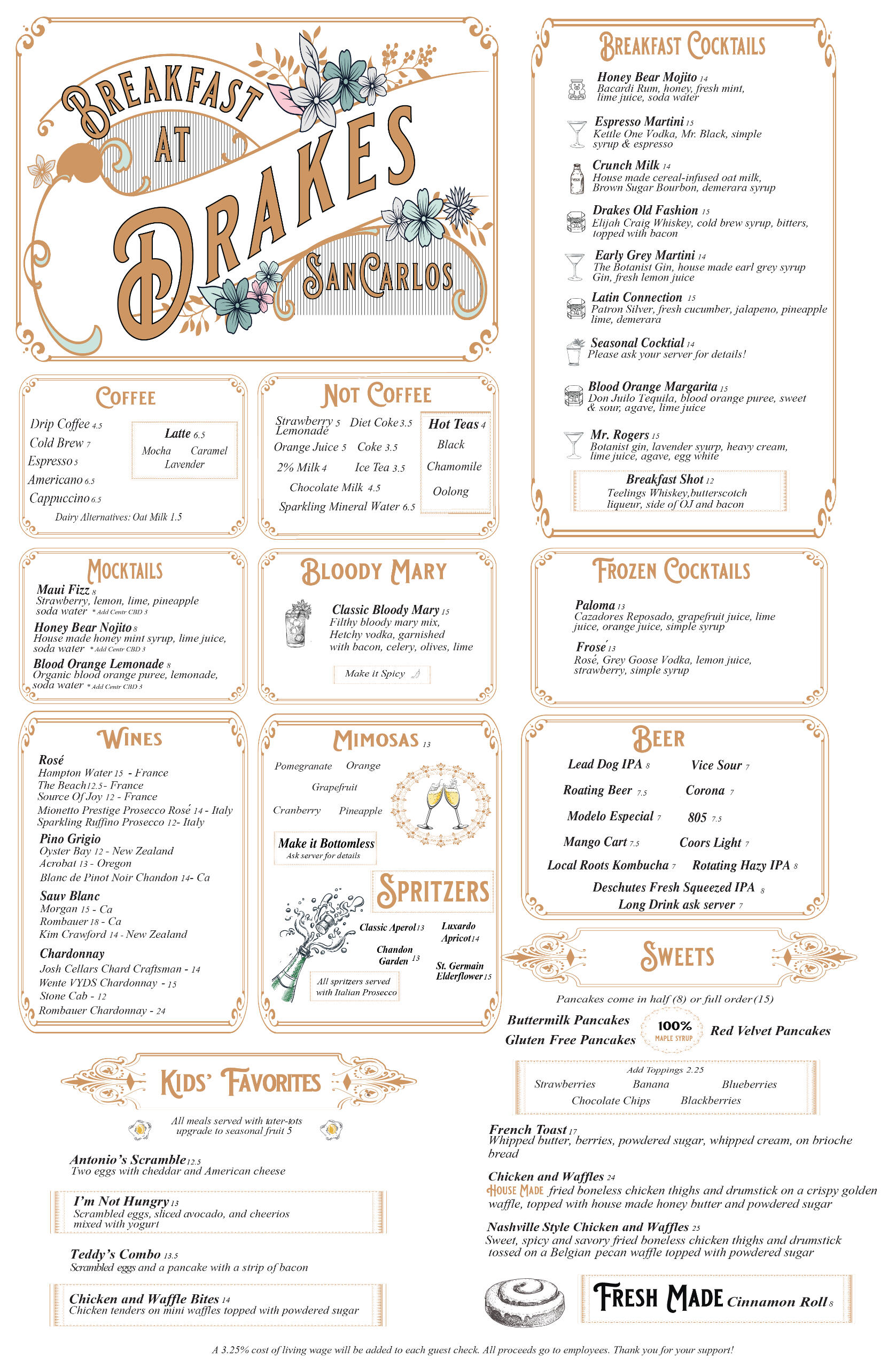 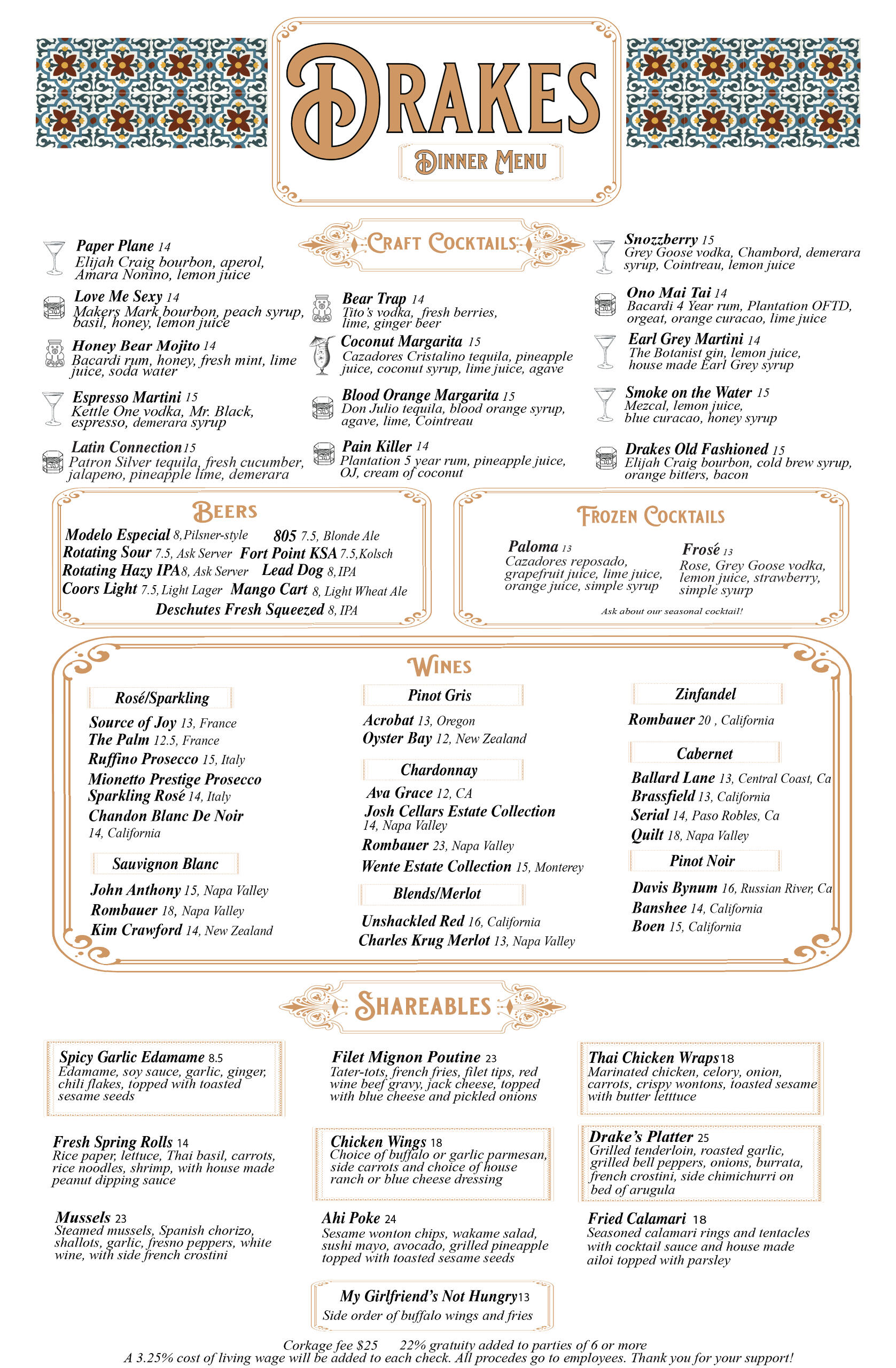 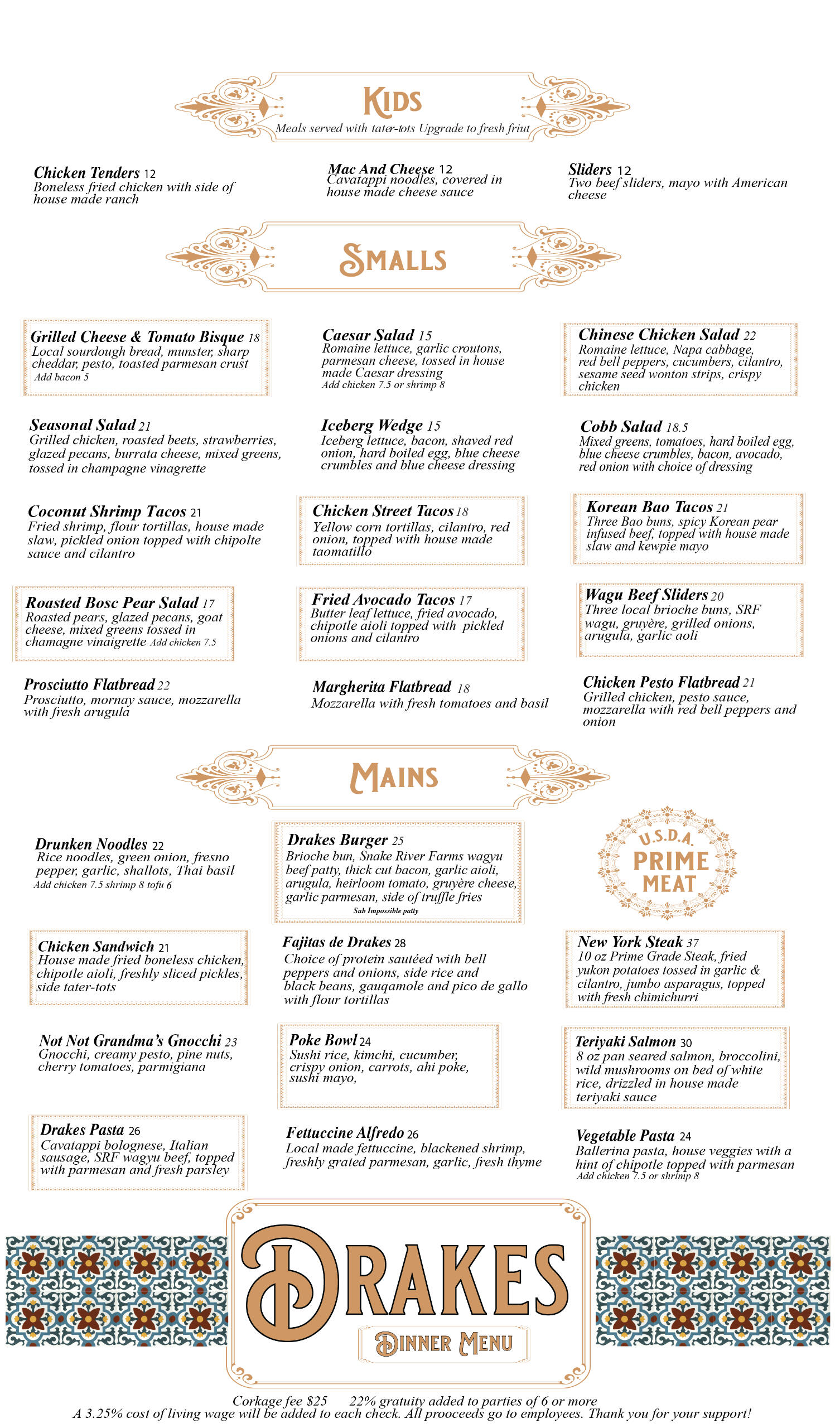